So I finally figured out how to export my InDesign template for my “The Family: A Proclamation to the World” photo book into png files that could be used in the software of your choice. It is a multi-step process that takes two exports and the combining those files back together in Photoshop. So I haven’t gotten the whole book done but wanted to share the good news in an update. It will take me a while to process all the pages and get them uploaded. In the meantime, feel free to test out this spread and give me feedback on how you like it. If My Family Was a Metro System by Colville-Andersen

Here is an interesting variation on how to represent your family tree. I love the idea! Here is what the creator said about this project:

So I was thinking. What if my massive family was a metropolitan transit system? What would the map look like? Well… here it is.

Family trees are a tricky thing to make. They have a specific structure that is difficult to avoid. It took a good 16 hours to finish this design. Most of it was spent working out the system of how to represent the different lines – as well as the many quirky variations like different dads for two kids from the same mum, etc.

The symbolism is interesting and I haven’t figure what all of it means yet but it is a brilliant infographic on a very complex family structure. Many family structures are not straight forward and simple and I really like this solution. How would your family metro map look?

Here is a light-hearted family tree that many a grandma would love, featuring all of her grankids. Instead of doing the traditional and time intensive embroidery that the pattern (see below) was designed for, Polly used what she calls a faux embroidery technique using crayons instead of thread to add color to the design. Great idea for today’s busy lifestyles. Click on the image above for Polly’s tutorial.

Our Family Tree pattern from TwinStitchers.com 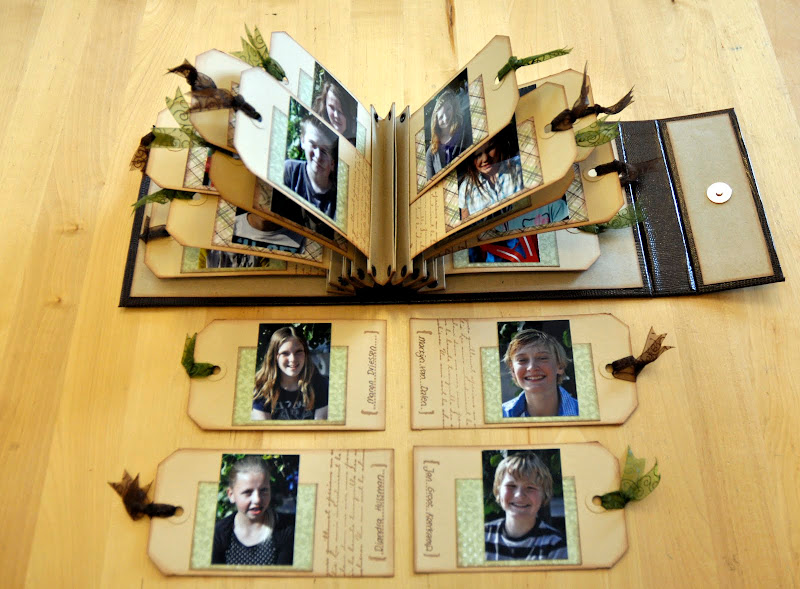 Here is another way to represent your family tree, this time in an album. I really like the idea of having a tag for each person with a photo and some information. The album Karin used is very cool because you can take the tags out and then easily return them. I did some research to figure out where to get that kind of album but I struck out. Karin’s website is www.scrapbookatelier.nl and I found the project under her workshop section but even after translation there isn’t enough information to figure out the album. If anyone has seen as album similar to the one above I’d love to know for future reference. Even so I think it is a great idea that is adaptable to available supplies. 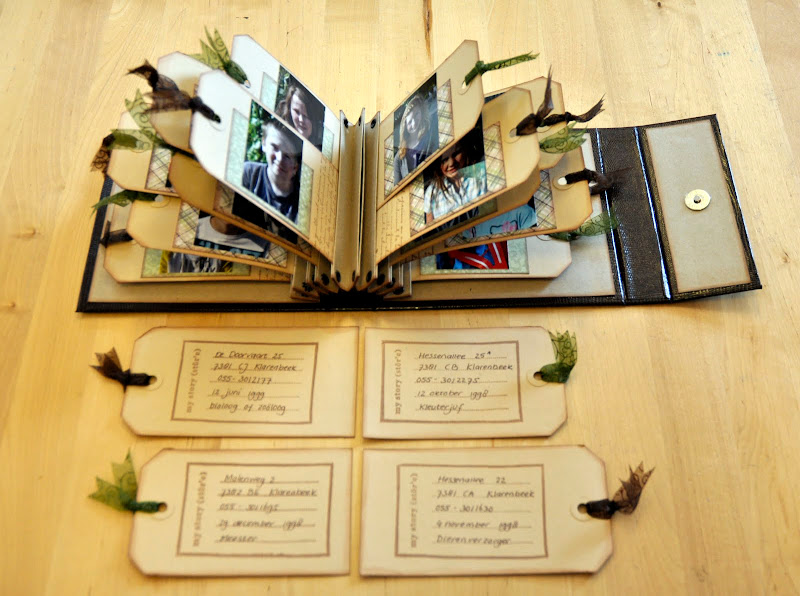 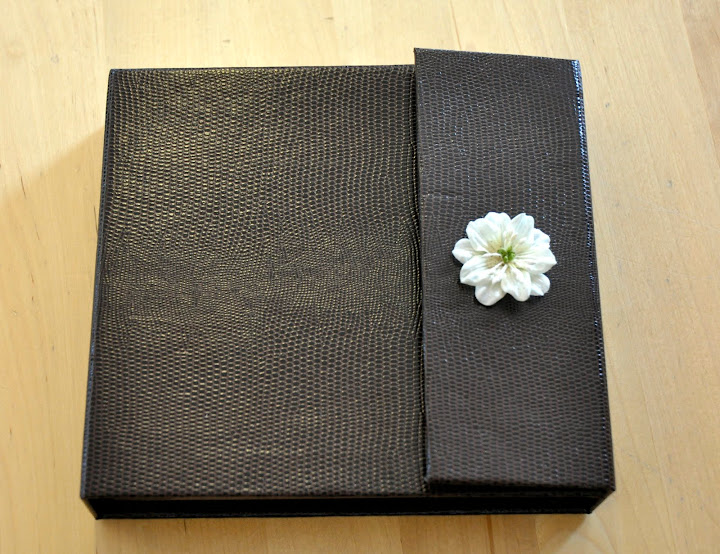 As promised here is a link to the InDesign CS6 template for my 8×10 photo pedigree. (Remember that the template file in Dropbox will look really strange but if you save it and open it in InDesign it will look right there.) Feel free to use the template for personal use or gifts. If you’re not an InDesign user, I’ve open an Etsy shop focused on products for puppy raisers and service dog handlers called The Salty Pup Shop. I’ve got both the 8×10 and the 4×12 photo pedigrees available there as custom items. Proceeds from the shop go to paying for the costs of raising puppies for Guide Dogs for the Blind.

I’ve really had lots of fun doing photo pedigree charts for pups. When I looked into having the 4×12 panoramic printed, I realized that not everywhere prints that size. So I changed things up and designed an 8×10 version because it is also super easy to find an 8×10 frame too. I really like this size. I’ll post the InDesign template for this tomorrow.

Yes, Banta has the same grandpa on both sides. When I first found that out I thought it must be a mistake but they sometimes do that in dog breeding. Kentucky was a very successful stud. I’m sure they were hoping that Banta or one of her littermates would be a breeder. Banta was selected for breeding but she was just too much to handling and she didn’t like having her blood drawn or the other things that female breeders have to go through so she was released by the breeding department after a week. Also as you can see I don’t have photos of Kentucky’s parents yet.